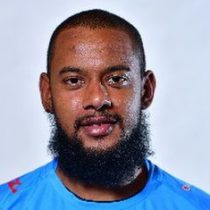 After school, he moved to Pretoria where he represented the Blue Bulls U19 side as well as TUKS in the Varsity Cup.

He made his first class debut in the 2014 Vodacom Cup and continued to represent both sides until 2016 when he was named in the Blue Bulls Currie Cup squad but failed to make his debut.

In 2016 he help TUKS to the Varsity Cup title and was named in the Bulls Currie Cup squad.