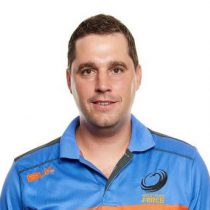 He was a defensive consultant to the Super Rugby team the Stormers in 2008 and 2009, before being appointed as an assistant coach at UCT (Ikeys) in the Varsity Cup from 2009 to 2011, where he broke a 37-year trophy drought at the University side in 2011, after just two seasons at the helm.

As well as leading the University of Cape Town, Wessels spent many hours there studying as well. He graduated with a Bachelor of Business Science and has also completed his Masters, in IT.

In 2012 he moved to Australia and took up a defensive consultant role with the Brumbies under head coach Jake White and had a significant influence on the rejuvenated Brumbies with the team conceding the fewest points in the Australian Conference and the second least in the Super Rugby competition.

In 2013 he joined the Western Force as the senior assistant coach for the 2013 Super Rugby season.

The following year he was appointed alongside Kevin Foote, as co-head coach of the Perth Spirit for the inaugural season of Australia's National Rugby Championship.

In 2016 he was appointed as the Western Force caretaker coach for the for the last three games of the Super Rugby season.

He appointed as Head Coach for the 2017 Super Rugby season and helped the Force to a second place finish in the Australian conference.

Despite being linked to replace Rassie Erasmus at Munster, Wessels signed a deal with the Melbourne Rebels and will lead the side from the 2018 Super Rugby season.

After a run of poor results, Wessels announced in April 2021 that he would be stepping down as head coach of the Rebels, but would remain with the franchise in another capacity.