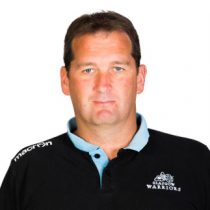 Glasgow-born Murray joined Glasgow as an assistant coach in October 2013, having enjoyed significant success in charge of Ayr.

The Millbrae side won their first Premiership title in the same season Murray took over as coach in 2008/09, after moving from Cartha Queens Park.

The club won the BT Cup three times under his guidance and were named Club of the Season by Scottish Rugby in 2013.

He is the only coach to lead a Scottish team to the quarter-finals of the British & Irish Cup, when Ayr progressed from the group stages in 2010/11