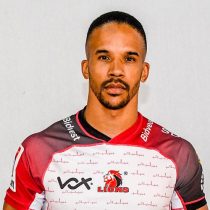 Skosan played for the Blue Bulls at Under–19 and Under–21 level, earning a call-up to the S.A. Under-20 team for the 2011 IRB Junior World Championship.

He graduated to the senior team, making his debut for the Blue Bulls in the 2011 Vodacom Cup game against the Sharks XV.

The 25-year-old remained at the Blue Bulls until the end of the 2013 season, making just twelve appearances. He then moved to the Golden Lions for 2014.

In 2016, Skosan was included in a South Africa 'A' squad that played a two-match series against a touring England Saxons team.

Ahead of the 2017 Super Rugby season, Skosan has made 35 Super Rugby appearance and has scored 7 tries.

In May 2017 Skosan was called into the Springbok squad, for the first time, ahead of the 2017 June Internationals.

He went on to make his test debut against France in the Springboks first test of 2017 and would make a further 11 further appearances for the Boks that year scoring two tries.

Skosan's 2018 season was affected by injury as he made just 5 appearances for the Lions during the 2018 Super Rugby season scoring two tries.

He re-signed with the side until the end of the 2021 season.