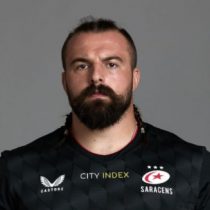 Clarey has represented both Gloucester and Bristol United in the Aviva A-League, featuring in Bristol's victory over Saracens during the 2015/16 campaign.

The England Students prop signed professional terms for Bristol Rugby after impressing in the front row for Hartpury.

He was released at the end of the campaign and linked up with Championship side Jersey Reds.