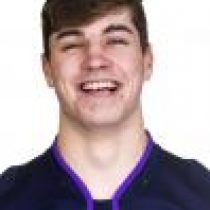 A standout for Scotland U18, the electric winger provided the cutting edge to Scotland’s attack at the 2018 Under 18 Six Nations Festival in Wales.

Blain scored three tries in the tournament, including a brace against England.

As well as being signed to Edinburgh, Blain was announced to be the Heriot's Rugby in the Super 6 tournament.

He made his Edinburgh debut on the wing against Bath in Edinburgh's 2018/19 pre-season friendly, becoming the first player born in the year 2000 to represent the club.

As of June 2020, Blain has only made 1 appearance for Edinburgh.