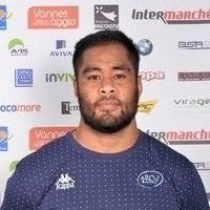 Since moving to Melbourne, Leafa has flourished in his new home town and taken his Super Rugby opportunity with great enthusiasm.

He debuted for the Rebels against the Brumbies in 2014 and has been part of the squad ever since, becoming a fan favourite.

2015 was the second straight year that he played every Super Rugby game for the Rebels, featuring in all but 108 minutes during 2015, The Rebels extended his contract until at least the end of 2017 .

The mobile hooker is known in Melbourne for his high work-rate, as he consistently has one of the highest tackling and ball carrying stats.

Leafa took his Super Rugby cap tally to 51 during the 2017 season before signing for French side Vannes.