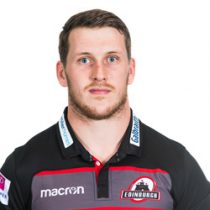 He turned out for Cumnock all the way through to the 1XV before moving to Ayr and after a storming season with the Premier Cup 2011 champions, he signed for Clermont Auvergne in that same year after returning to the Warriors on loan in 2014.

Bennett was then included in the 12-man Great Britain squad for the 2016 Summer Olympics in Rio before getting called up for Scotland's squad to compete in the 2017 Six Nations tournament.

February 2017 saw him being one of three players to be released by Glasgow Warriors at the end of the 2016/17 season after 64 appearances and 20 tries for the Pro12 club.

He joined Edinburgh the following season on a three-year deal and made his debut January 2018 against Southern Kings.

In December 2019 he signed a new undisclosed deal with the club.

As of June 2020, he has made 36 appearances for the Scottish club and has scored 45 points.