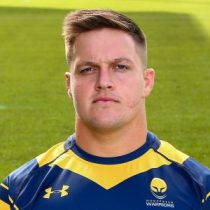 Nick has represented the Sharks at Under 19 and 21 level and made five appearances for South Africa Under 20s, featuring in the 2011 Junior World Championship.

After joining Worcester from Super Rugby side the Cheetahs in the summer of 2014, Schonert started 42 of his 43 appearances in the pack.

September 2016 saw him re-sign to remain at Sixways.

In May 2017, uncapped Schonert was named in the England squad for the summer tour to Argentina but did not earn his debut on that tour.

He played for an England XV against the Barbarians at Twickenham in May 2018 and was included in training squads for the 2018 Autumn Internationals and in the build-up to the 2019 Rugby World Cup.

In December 2019 he signed a new deal to remain at Worcester Warriors.