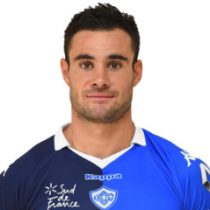 Palis was born in Albi, his father was a No. 8 for Albi and spent eight years in the club's Academy system.

January 2018 saw Palis get included in the French squad to compete at the 2018 Six Nations tournament.