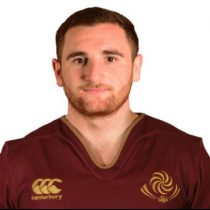 Vasil first popped up to the global rugby audience at the 2015 Rugby World Cup as he became the youngest player to ever appear in a World Cup match.

His usual position is at scrum half and he signed his first full professional contract in December 2015 with CA Brive in the Top 14 from the 2016-17 season.

He played on six occasions during his debut season in France for Brive playing a total of 133 minutes but has featured regularly in his second season with the club.

Lobzhanidze won his 25th cap for Los Lelos against Canada in the first game of the 2017 November Internationals.