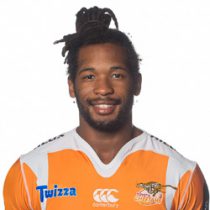 A young and exciting winger with blistering pace. After a successful 2012 Under 18 Craven Week, Petersen was selected in the Southern Kings Super Rugby squad at the tender age of 18 and made his debut against the Western Force, scoring two tries in the process and being awarded man of the match.

Later that year he was selected for the South African under-20 squad and played in the 2013 and 2014 IRB Junior World Championships.

After his Super Rugby season, Petersen helped the Eastern Province Kings Under 19 team win the 2013 provincial championship series and gain his team promotion to the national A league.

In 2014, Petersen was primarily focused on the Under 21 side, but also made two appearances in the Eastern Province Vodacom Cup side. In 2015 he signed for the Cheetahs Super Rugby team but will remain available to the Eastern Province Kings for their 2015 Currie Cup campaign.

Petersen signed for the in 2015 and has been a star for the Super Rugby franchise since. His blistering pace and stellar skill set lead to Petersen earning a Springbok call up. He started in the Springboks match against the Barbarians in 2016 and has been on the Springboks fringes since.

Petersen brings 35 caps worth of Super Rugby experience to the Stormers (16 tries) and will provide his new side with options at the back with his ability to play across the back three.

The flyer failed to feature for the Stormers during the 2018 Super Rugby season but returned in fine form for Western Province where he top scored in the 2018 Currie Cup.

His efforts earned him a test call up where he will look to make his full test debut.