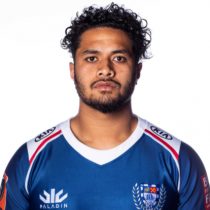 The Frankston-born and raised centre will be familiar to Melbourne Rugby fans after creating history by becoming the first, along with Rob Leota, homegrown talent to sign with the Rebels.

Tuipulotu played every game for the Melbourne Rising in the 2015 National Rugby Championship (NRC).

He has also represented Australia at both Schoolboys and U20s level. During Super Rugby offseasons, Tuipulotu has taking his talents to Japan representing Yamaha Jubilo between 2018 and 2020.

He left the Rebels after the 2019 season having represented the side 14 times. He signed for New Zealand Mitre 10 Cup side Manawatu in 2019 before switching to Auckland.

In March 2021, it was announced that Tuipulotu would be joining Glasgow Warriors ahead of the 2021-22 season. Tuipulotu qualifies to play for Scotland through a grandmother, making the move an intriguing one.