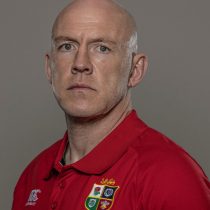 A former Welsh openside flanker for Neath RFC and the Ospreys. Tandy has been a part of the Ospreys set-up since regional rugby, his debut coming in September 2003 against Leinster at Donnybrook.

While still a player, he took his first coaching role within the Ospreys age-grade teams, and as coach of the U16's he won the WRU Age Grade Championship.

For the 2010–11 season, Tandy combined his playing role with the Ospreys with the head coach role at the Bridgend RFC. He led the Ravens to the Division 1 title, with an incredible 96 points (just one defeat and one draw shy of an unbeaten season.) He then guided them into the Principality Premiership with victory over Glamorgan Wanderers 38-19 at the Cardiff Arms Park. He continued to coach Bridgend Ravens for season 2011/12, but retired from playing the game.

In total, he played 102 times for the Ospreys, scoring 10 tries, with his final appearance coming against Edinburgh in March 2010. In 15 February 2012, Tandy succeeded Sean Holley as head coach of The Ospreys during a cost-cutting period. Tandy was quoted saying that he was "shocked" to be appointed to the role, but is "excited" working with the "young and experienced group.

The side failed to go past the pool stages of the Rugby World Cup but did manage to 'nil' both Samoa and Russia becoming the first side to do so at a Rugby World Cup. Tandy will experience a British & Irish Lions Tour for the first time as part of Warren Gatland’s coaching team for the 2021 series.