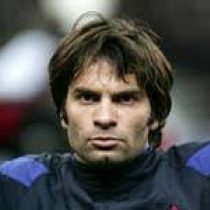 Born in Toulon Dominici was a talented athlete and excelled at football and rugby. He trained with AS Monaco before focusing on rugby and soon joined local club RC Toulon.

After four seasons he was bought by Parisian giants Stade Francais Paris where he played for over a decade winning multiple domestic titles.

It was not long before getting a chance on the international stage and he scored on his debut against England in 1998 and went on to light up the 1999 RWC. By the end of his career he had played in 13 RWC games over three tournaments (1999, 2003 & 2007) scoring eight tries. He played 67 Tests for France.

He won four 6 Nations titles, two of which were Grand Slams.