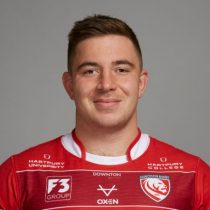 Born in Solihull and schooled at Bromsgrove for 10 years, he first played at Old Silhillians RFC at the age of six.

He has represented England U16 and U17, captained his school and won trophies in the U13 age group at the Millfield Sevens and the Rosslyn Park tournament.

Walker also represented England on the England national under-20 rugby union team in 2017 and earned a selection for the 2018 tournament.

He made his debut for England U20 against Italy in February 2017 and by then had played in three senior matches for Gloucester against Saracens, Northampton Saints and Bayonne.

In June 2017, he featured in all five England games in the World U20 Championship in Georgia.

In January 2018 he was included in England u20s 6 Nations squad.

Henry Walker made his debut against the Barbarians for Gloucester in their 62-14 defeat at Kingsholm last November.