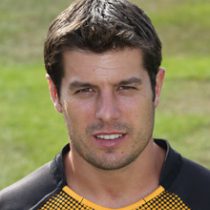 Born in England's capital city of London, Southwell is a talented outside back who primarily operates at fullback. Having attended the University of the West of England, Southwell began his rugby career at Worcester Warriors in 2002. A year on he moved to Edinburgh where he spent 6 years before heading to France to link up with Stade Francais. In 2011, the fullback made the switch to London Wasps where he has become an integral member of the setup. Southwell made his international debut in 2004 and has amassed well over 50 caps.