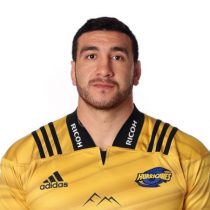 He was 2011 Sportsman of the Year of his Wellington club side Marist St. Pat’s, an honour that in recent years has also been bestowed upon current Hurricane Victor Vito and former Hurricane and now Melbourne Rebel Ged Robinson. He was the first Hurricane to be selected before he has made his provincial debut.

Toomaga-Allen made his All Black debut against Japan in 2013 but has failed to add to his debut international cap since, despite being a consistent performer for the Hurricanes and making 69 Super Rugby appearances for the Wellington based-side.

He finished his time at the Hurricanes with 118 caps with the franchise.