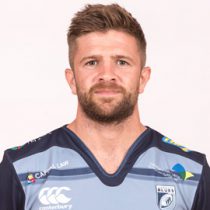 Lewis was called up to the Blues age grade squads from U16s through U18s, and was given a placement with Pontypridd RFC at the commencement of the 2010/11 campaign. During this time he also picked up representative honours for Wales. Whilst studying at Pencoed College Jones also joined the Bridgend WRU College League side on occasion during his two years in sixth-form.

Released by the Blues Academy in November 2010, Lewis Jones was offered a permanent contract with Pontypridd. He went on to play a significant part in the club's successful campaign, culminating in a double try scoring, Man of the Match performance in the 2011 SWALEC Cup final.

After an impressive season in the Principality Premiership and a key component in Wales’ under 20 squad, Jones was invited back into the Academy a year later, before signing with the Blues senior side for the 2012/13 season. After this, he became an ever present in the Blues squad and is the youngest player to have played 50 games for the Blues.

Jones made the move to Ealing Trailfinders ahead of the 16/17 campaign, and ended the season with 4 tries from 22 appearances. The centre was again been selected for Ealing's 17/18 squad.

He heads into the 2018/19 season having represented Cardiff on 93 occasions, scoring 35 points.

February 2019 saw him sign a new deal with Ealing Trailfinders.