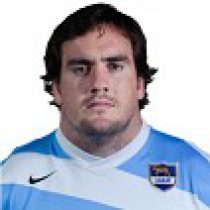 Argentina has produced more that its fair share of quality loosehead props, and Ayerza is no exception and can hold his own at scrum-time with the best in the world. He is a man for the big occasion and has played in no less than six consecutive Premiership finals, and when you add his two Heineken cup finals to that there can be no doubting the big man's pedigree.

Ayerza was part of the Argentina side that defied the odds to finish in third place at the 2007 Rugby World Cup.

Ayerza joined Tigers in the summer of 2006 from the Cardinal Newman club in Argentina and went on to become one of the world's leading front-rowers in nearly 250 games with the club and in 66 Test appearances.

Ayerza made his 200th starting appearance in the opening home game of the 2016/17 season and has played in 246 first-team games as part of a squad that won four Premiership titles – he played in Premiership Finals in six successive years at Twickenham. He also played in two European Cup Finals and has been part of two Anglo-Welsh Cup-winning squads.

Ayerza received the club's Outstanding Service award at the end of the 2013/14 season and was named Player of the Year at the supporters' awards in 2014/15 when he also enjoyed a testimonial year, during which he played for both sides in a match between Tigers and Argentina as they fine-tuned their World Cup preparations.

Leicester Tigers and Argentina prop Marcos Ayerza has announced his retirement from professional rugby after 11 seasons at Welford Road.

The 34-year-old retires with immediate effect. He made his final Tigers appearance in the win over Harlequins at Welford Road in November 2016.