Round 2 will conclude with Glasgow hosting a Scarlets outfit which will still be bitter about coming out on the losing side against Munster in Round 1.


After an energetic display from both sides, it was a Ben Healy penalty after the final hooter which shattered the morale of the Welshmen as they went down 30-27 in a game they could have taken.


Meanwhile, Glasgow also suffered a narrow defeat in Round 1 – against Connacht – and will have much to prove when they take the field at Scotstoun Stadium.

The Scots will also be harbouring a taste for revenge in this outing as the last time these teams locked horns it was Scarlets who came away with the bragging rights, albeit by only four points. Glasgow made an impressive surge in the final quarter of that game to panel beat a 25-9 scoreline into 25-21 at the sound of the final whistle.

If Glasgow’s defence can yield good results in the initial stages and they are able to call upon similar resolve as the game draws to an end, they may well be in a position to settle the scores in this fixture, though they will be met with a Scarlets side which is looking very competent in both attack and defence at present.

Richie Gray will make his 50th appearance in a Glasgow Warriors jersey should he come off the bench against the Scarlets this weekend, after being named amongst the replacements for the club’s first home game of the 2020/21 season.

Danny Wilson has made three changes to his starting XV for Sunday night’s fixture, which will be played behind closed doors at Scotstoun.

Zander Fagerson makes his first start of the new campaign after missing last weekend’s trip to Galway, lining up alongside Oli Kebble and co-captain Fraser Brown in the front-row.

The engine room is unchanged from round one, meaning Rob Harley and Scott Cummings continue their partnership for a third successive match.

Ryan Wilson and Matt Fagerson retain their spots in the back-row, with Tom Gordon coming into the side to start on the openside.

The half-backs comprise of Ali Price and Adam Hastings once more, as the pair look to dictate play under the Scotstoun floodlights.

Fresh from scoring the club’s first try of the 2020/21 season, Nick Grigg continues alongside Stafford McDowall in the centres. 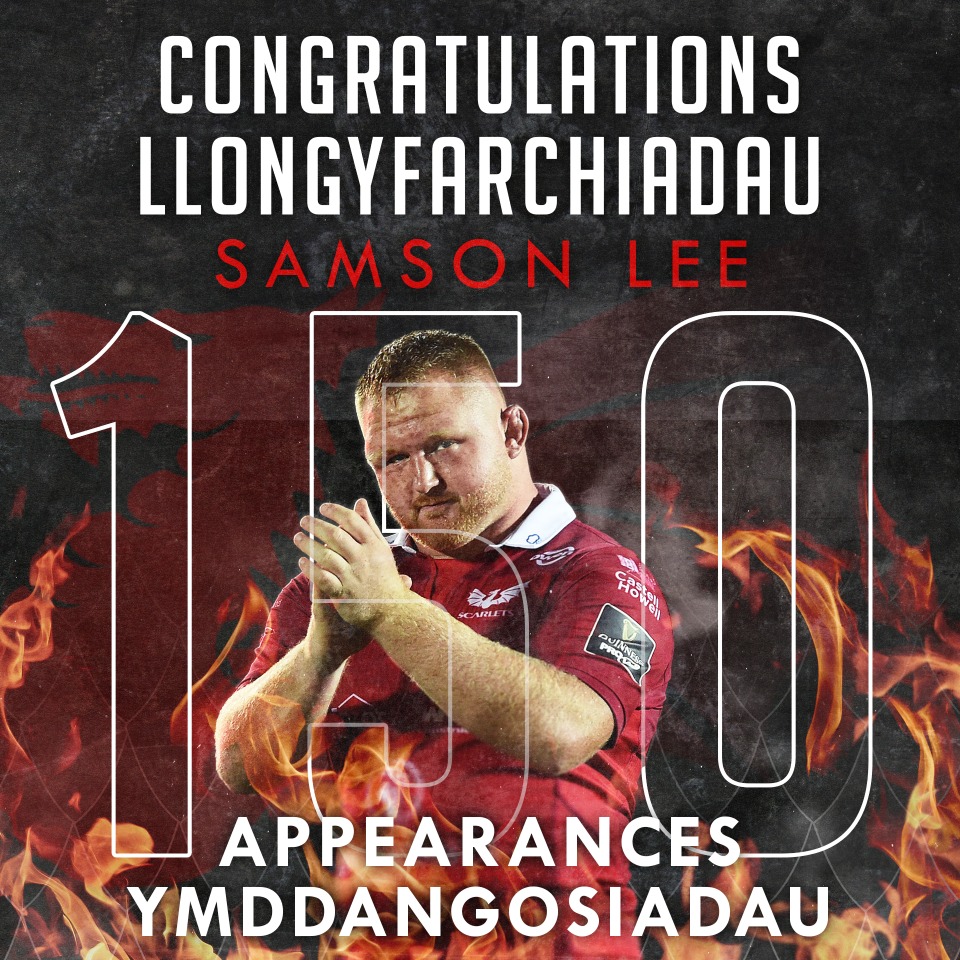 Samson Lee will make his 150th Scarlets appearance as he returns to the Scarlets side to take on Glasgow Warriors in round two of the Guinness PRO14 on Sunday evening.

The tight-head prop has been in superb form this season and was this week named as one of 13 Scarlets in Wayne Pivac’s Wales squad for the forthcoming autumn internationals.

Lee missed last weekend’s last-gasp loss to Munster with a head injury, but has been cleared to play at Scotstoun as one of three changes to the Scarlets starting XV.

The others see Johnny Williams come in for Steff Hughes in midfield and Ryan Elias step in for club captain Ken Owens, who is named among the replacements. Jonathan Davies will captain the side.

Leigh Halfpenny, who kicked a record-breaking nine penalties in the 30-27 loss to Munster, again wears the No. 15 jersey with Tom Rogers and Steff Evans on the wings.

Williams will link up with Davies for the first time, while Dan Jones and Gareth Davies continue their half-back partnership. 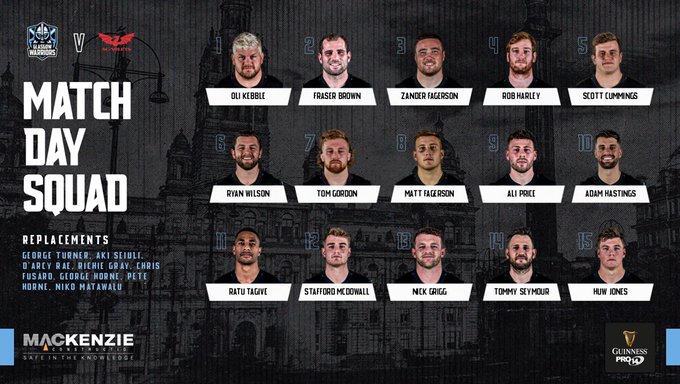 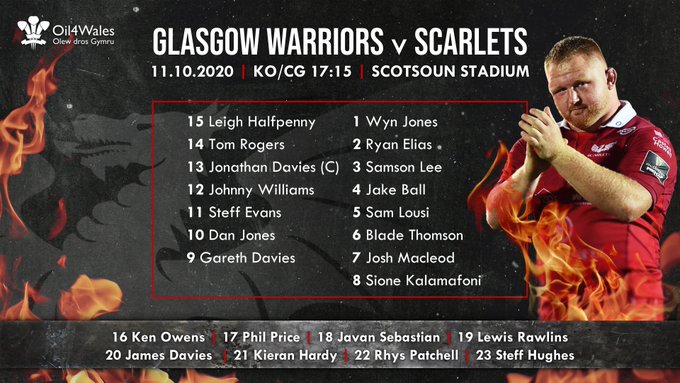