The Sharks domestic rugby season will start on the 19th September with four rounds back to back in the Premiership Rugby Cup prior to the start of the Premiership. These fixtures will be released on the 17th July.

Sale’s Gallagher Premiership season will start off with a highly anticipated clash versus Gloucester Rugby on the 21st October at the AJ Bell Stadium.

The Sharks were the only side to beat the ‘cherry and whites’ home and away last year and with the South African connection in both squads, along with the thriller of a fixture between the two sides in the final round of the 18/19 Gallagher Premiership, it is set to be a great encounter to kick off the 2019/20 season at the AJ Bell.

In round two the Sharks will be hosted by London Irish at the Madejski Stadium, in the exiles first home fixture of the season.

In December the Sharks face Northampton Saints at home in the run up to Christmas, Steve Diamond will be hoping for a repeat result from the festive fixture last year, in which a confident Sale side beat Bristol Bears 27-10 before backing it up with two further wins in the league against Champions Saracens and high flying Gloucester Rugby.

It’s a trip to the West-Country to face Bath Rugby in the final fixture of 2019 followed by Harlequins who will make the trip up to Manchester on Friday 3rd January.

The Sharks final match of the 2019/20 regular season will be against Worcester on Saturday 16th June. The Warriors will head north in the first week of June to finish off the season in the infamous Manchester summer sunshine! 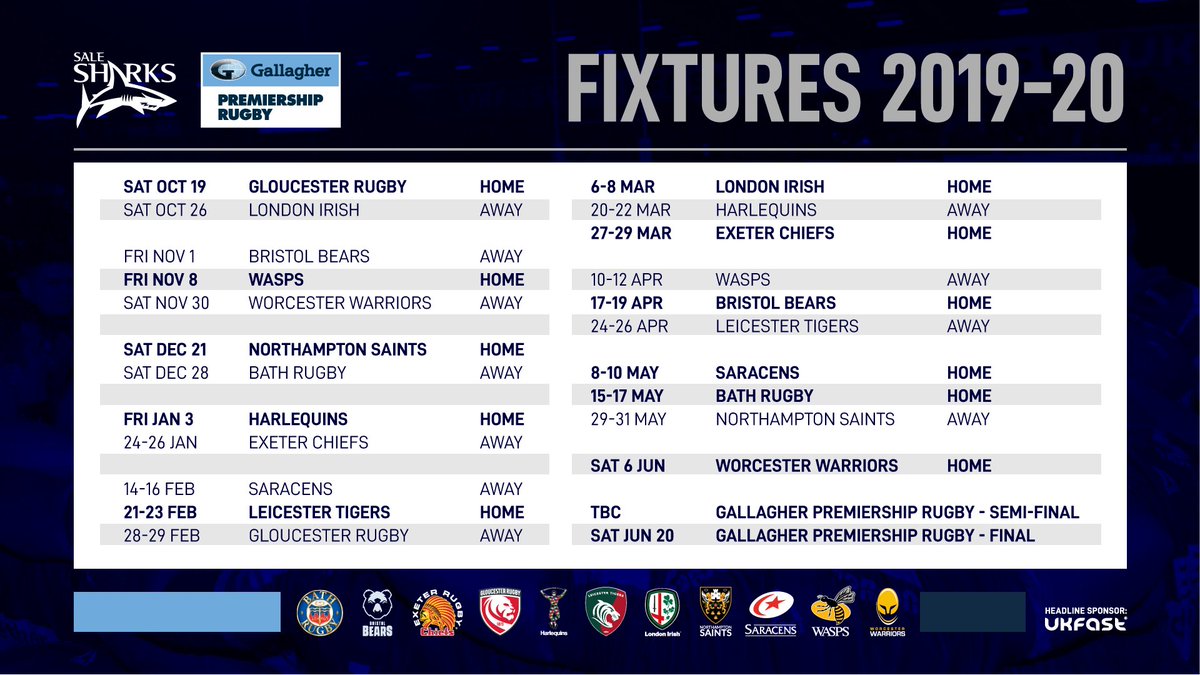