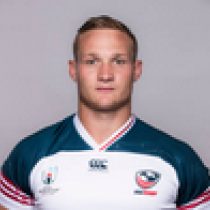 The South African's performances in the States, mainly for Nebraska-based West Omaha Rugby, earned him a trial for Gloucester’s Academy and made his debut for the first-team against Avon in February 2015.

In January 2017, he was named in the USA squad ahead of the Americas Rugby Championship.