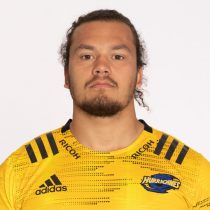 Rakete-Stones was called into the New Zealand squad for the World Rugby U20 Championship after shining with his impact off the bench for the Hurricanes under 20s.

Rakete-Stones, named for the Hurricanes squad ahead of the 2020 Super Rugby season is uncapped. He will be looking to debut in this coming season