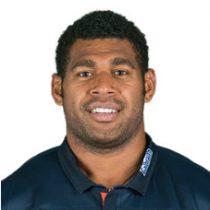 Nayalo is a Fijian back rower who served the 7th Parachute Royal Horse Artillery, while playing 7s rugby for the Harlequins

London Irish secured the services of Nayalo on a two-year deal in 2016, following a trial at the club.

In June 2018, the Fijian back-row forward signed for Edinburgh on a two-year deal ahead of the 2018/19 campaign.