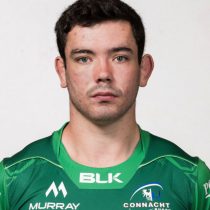 A rising Gorey star Boyle played his rugby with the club in his junior years.

A former Lansdowne back rower, Boyle came through the underage ranks for Leinster and was a member of their sub-academy, and was named in the Ireland U20 6 Nations squad.

He made his PRO14 debut against Munster in January 2018.

Boyle enjoyed a stellar start to the Pro14 season and after 8 appearances he signed his first senior contract with Connacht that will see him remain at the Province until the end of 2020/21 season.

As of June 2020, he has made 39 appearances for the Irish province and has scored 30 points.