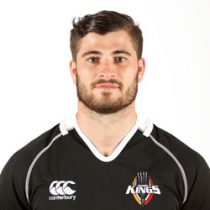 A nippy scrumhalf with a solid pass, Rowan Gouws represented Pumas at U13, U16 & U18.

Later that year he was named in the Sharks U21 Currie Cup side.

He was named in the Sharks 2017 Super Rugby squad but failed to make his debut for the side.