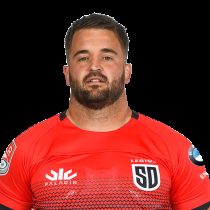 Dean Muir represented the Sharks at the 2006 and 2007 Craven Week tournaments and played for the Sharks' Under–19 team the following season.

He returned to the Sharks and was included in their squad for the 2012 Vodacom Cup.

In the second half of 2012, he joined the Border Bulldogs, where he made his debut in the opening game of the 2012 Currie Cup First Division season against the SWD Eagles and became a regular starter for the team.

In 2014 he joined Valke where he spent 3 seasons before he signed for Western Province.

Muir represented Province in the 2017 Currie Cup and was included in the Stormers wider Super Rugby squad for the 2018 season and will hope to make his debut in the competition.