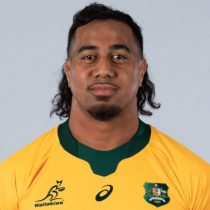 A tall, powerful ball-runner, Fa’amausili made his debut in the National Rugby Championship for the Melbourne Rising in the 2017 season, before being signed as a supplementary squad player for the 2018 Super Rugby season.

A product of the Victorian Rugby system and the Moorabbin Rams Rugby Club, Fa’amausili became the 133rd Melbourne Rebels player when he came off the bench in the Melbourne Rebels win over the Sunwolves at AAMI Park in May 2018.

The following month, the prop signed a new deal to remain with the Melbourne Rebels until at least 2020.

Fa’amausili made more strides in his second year of Super Rugby. The prop played four games in 2019 and averaged 22 minutes, double the amount from last season.

He used his 130kg frame to develop into a damaging forward for the 2020 season and after a standout Super Rugby AU campaign he was called into the Wallabies squad for the 2020 test season.