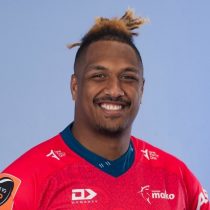 Te Ahiwaru was born in the East Coast township of Te Araroa in April 1998.

He was educated in Te Araroa up until 2013. He then moved to Hicks Bay High School to finish off his last two years of College.

At this time, Rico Gear, an ex-All Black, identified him as a ‘rugby talent’ and news of his ability was quickly passed through to both the Hurricanes and the Crusaders.

In 2016, both the Hurricanes and the Crusaders showed an interest in Te Ahiwaru and he chose to move forward in his career with the Crusaders. While on a Provincial Union Development Contract, he was based at Tasman.

Te Ahiwaru was selected in the training squad for the Tasman Makos Senior Squad and became a regular member of the Tasman Under 19 team that was undefeated when playing all of the South Island Teams.

He made his senior Mako debut in 2017 and came off the bench in the 2019 Mitre 10 Cup Premiership victory.

He heads into the 2020 Mitre 10 Cup season having made 11 appearances for Makos.