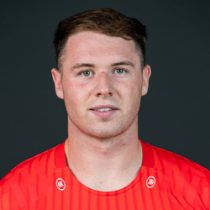 A Cork Constitution clubman and UCC student, French represented Munster at U18, U19 and U20 level and has also played for the Ireland U18s and U19s before entering the Academy.

Adept at playing in the centre and on the wing, French played his schools rugby with PBC and won the Clayton Hotels Munster Schools Senior Cup in 2017 along with fellow Academy players Jonathan Wren and Jack O’Sullivan, who captained the side.

A strong start to his first season in the Academy saw French make five appearances and score two tries for Munster A in the Celtic Cup.