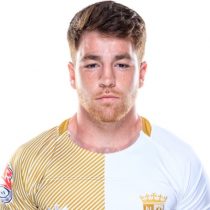 He then attended Lakes High School where he picked up football as a wide receiver and cornerback and baseball at third base.

Following his graduation, he went to Louisiana State University in 2016 and was introduced to rugby in 2017, playing on the D1A rugby team until 2020.

The final year there he was the President of the club, as well as the team captain.

While at LSU, he was named to the first team Red River Collegiate Rugby Conference at the outside center in 2018-2019 and first-team at the inside center the following year.

In Summer 2019, he played rugby sevens with New Orleans RFC before signing for Major League Rugby team NOLA Gold for the 2021 season.