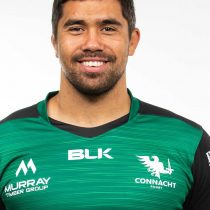 A former Queensland Reds junior star, Butler made his breakthrough with the Brumbies in 2014, receiving the club’s highest on-field honour, the Brett Robinson Players’ Player award.

A player who has been on Wallabies coach Michael Cheika’s radar for some time, Butler received a personal invitation from Cheika to play for the world-famous Barbarians FC in London alongside some of the world’s best players in 2015.

He took this experience into another outstanding season for the Brumbies in 2016 before captaining the UC Vikings in National Rugby Championship for the second straight season.

He made his debut on the side of the scrum in the opening round against Glasgow Warriors.

The rampaging Australian became the latest player to sign a contract extension with Connacht in November 2019, taking him up to the end of the 2021/22 season.

As of June 2020, he has made 55 appearances for the Irish province and has scored 20 points.