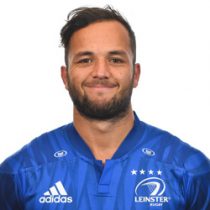 Gibson-Park made his debut for Taranaki in 2012. He made an immediate impact with his decisive running and ability to spot a gap. His ability to put a player into space caught the eye.

He became one of the break-out stars of the 2012 ITM Cup in his debut year for Taranaki, scoring four tries in eleven appearances and was awarded the most promising player of the year ahead of finalists Mitch Brown and Seta Tamanivalu.

In 2013 he was signed by the Super Rugby side the Blues and earned his first Super Rugby start in the Blues historic 21–28 loss over the Bulls in Round 4 of the competition.

Although the then 20-year-old Gibson-Park had only played eleven matches for Taranaki, Jamie Joseph, the Māori All Blacks coach, selected him for the 2012 UK end of year tour to England, playing against domestic club team Leicester Tigers, a specialiy made RFU Championship XV, and ending against the Canadian national team.

In October 2015, Gibson-Park was the last to join the Hurricanes 39-man Super Rugby squad after head coach Chris Boyd looked to fill gaps at halfback after the departure of Chris Smylie to Italy. He joined alongside fellow Taranaki halfback Te Toiroa Tahuriorangi.

He was signed from the Hurricanes in May 2016 and joined Leinster in time for pre-season training that followed July 1st.

As of November 2019, he has made 76 appearances for Leinster and has scored 80 points.

He heads into the 2019 Champions Cup with 20 appearances in the tournament and 10 points scored.