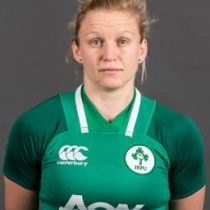 Claire plays her club rugby for Bristol and is a student in Cardiff University.

Molloy represents Connacht provincially, while her occupation is a doctor.

The back-row has won 48 caps for Ireland and is originally from Galway.

She has been named in 6 Nations squad for the 2017 tournament.

In August 2017 Molloy was named the Ireland Women's captain for the Women's World Cup, she takes over the captaincy from Niamh Briggs, who was ruled out of the competition with an injury.