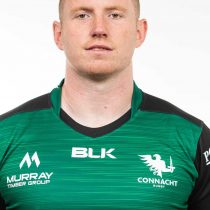 Delahunt was part of the Leinster age-group set up, captaining the province's under-19 side.

He joined Connacht on an initial three-month trial in the summer of 2014, training with the team and playing in a preseason friendly against Clermont Auvergne.

He represented Ireland in the Under-20s Six Nations in 2014.

Delahunt made 11 appearances in his debut season as a member of the Connacht senior squad and started in the number 2 jersey on four occasions.

Having graduated from the Connacht Academy in 2016 he currently has 65 caps to his name.

As of June 2020, he has made 77 appearances for the Irish province.