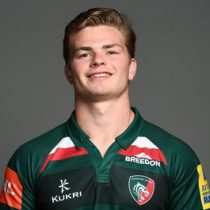 Thacker made his England Under-20s debut against Italy in February 2015.

The former England Under-20 international came through junior rugby with Lutterworth RFC and made his senior debut for Tigers in an Anglo-Welsh Cup tie at London Irish in November 2014.

In October 2016, he signed a dual-registration contract with Nottingham.