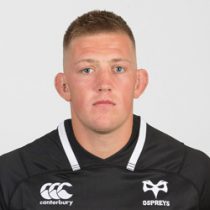 After making his debut in 2011 he went on to make over a century of appearances for the province.

At the end of the 2018/19 season he had amassed 123 caps for Ospreys and announced a contract extension, which will see him through until 2021.