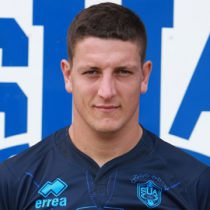 Denis Marchois signed his first professional contract in with French side Agen in March 2017. He joined the club at the age of 18 from Castillon-la-Bataille.

He broke into the Agen first team during the 2015/16 Top 14 season and represented Agen in the Top 14 on nine occasions. He also capped of his debut season with 5 European Challenge caps.

He missed the first four opening fixtures of the 2016/17 season through injury but he has returned to his usual form for Agen.

He signed to join Pau ahead of the 2019/20 season, signing on for three seasons.