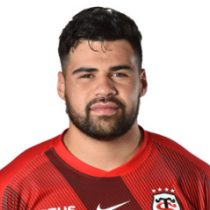 The New Zealand born centre joined Toulouse in 2015 after spending two years in the Pro D2 with Tarbes.

He made his debut for the club in the Champions Cup in 2016 against Oyonnax, he went onto make two appearances during that campaign, only notching up 86 minutes of action.

Last season (2016/17) Poi failed to get a run out for the first team but impressed with the second-team, who went on to make the semi's of their championship.

Poi has seen increased gametime at the start of the 2017-18 season, playing a role in the opening 4 fixtures of the Top14 season.