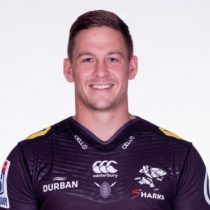 He represented the side at U19 and U21 before he went to the University of KwaZulu-Natal.

He strong performances for the Sharks XV lead to Droste being named in the Sharks 2017 Super Rugby squad.

He made his Super Rugby debut against the Brumbies in March.

He made another two appearances for the Sharks during the Super Rugby season and featured for the side in the Currie Cup as they made their way to the final.

In December he signed with the Sharks until the end of the 2019 season.

In June he signed a deal with Kubota Spears and will join the squad during the Sharks offseason.