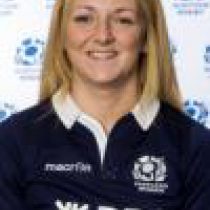 A former pupil of Larbert Academy, Rachael took up rugby after she watched her brother playing at her local club.

Progressing through the under-18 pathway programme into Scotland under-20, she made her full international debut off the bench against England in the 2014 6 Nations.

In January 2017, while studying sports coaching and development of sport, Cook was named in the Scotland Women team that would compete at the 207 Six Nations tournament.