Following their announcement for the team to face the British and Irish Lions on Saturday, Springbok coach Jacques Nienaber has confirmed 10 players who have been released from the squad.

On his squad to face the Lions, Nienaber said:

"We have played three matches in the last few weeks with the Springboks facing Georgia and South Africa ‘A’ lining up against the British & Irish Lions and the Vodacom Bulls, and the first two matches in particular allowed us to settle a few player combinations that haven’t played since the Rugby World Cup final,” said Nienaber.


“We planned our team selections carefully, which is why it was important for us to play a third match after the second Test against Georgia was cancelled, and we know what the players we selected can do.


“The fact that most of the players participated in the Rugby World Cup means they know one another well on and off the field, and as coaches we know what they have to offer after having worked with most of them for several years.” 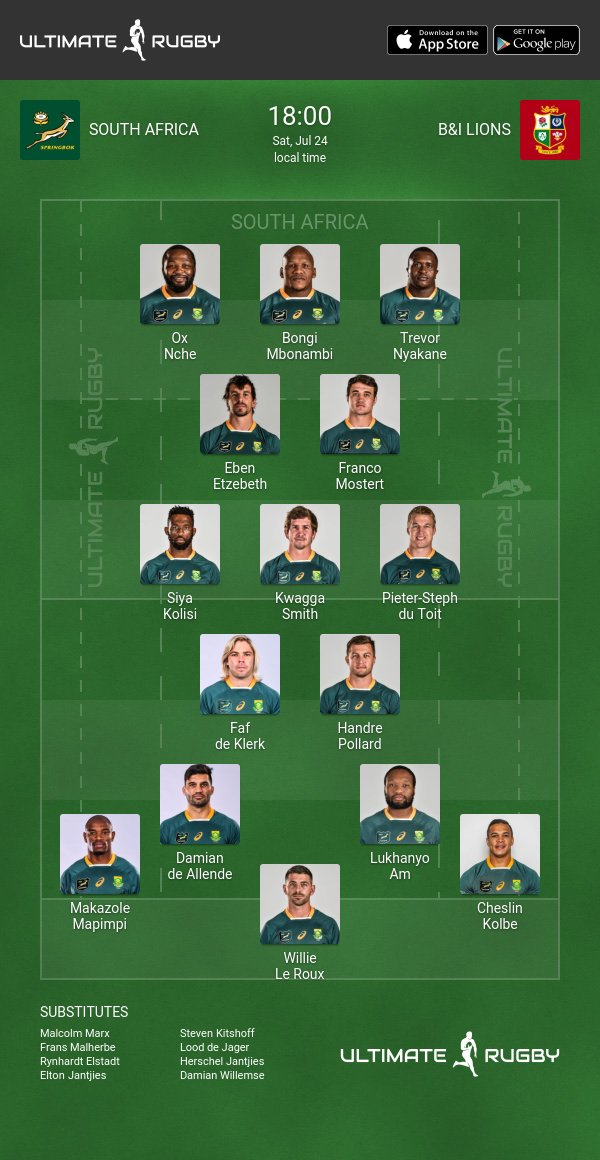