Boost for France ahead of England clash

Les Bleus have been given a significant boost ahead of their Round 4 clash with the English in that scrumhalf Antoine Dupont, flanker Charles Ollivon and backline aces Virimi Vakatawa and Romain Ntamack have all returned to the squad.

Ntamack had previously suffered a jaw injury while Vakatawa had damaged his knee. Dupont and Ollivon were both among the team’s Covid-19 cases. 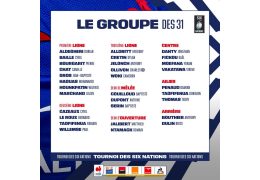 France are currently second on the log behind Wales who are ahead of them by five points.