It’s an all-English affair in the final game of the quarter-finals weekend as Northampton Saints make their way to Sandy Park where the fierce beast which is Exeter Chiefs lies in wait.

At first glance, it would appear that this encounter has the makings of an Exeter victory; Jack Yeandle’s troops, currently sitting pretty on the top of the Premiership log with a 12-point cushion between them and Wasps, have faced Saints twice in that competition, emerging victorious on both occasions. Saints are currently hovering around the mid-table with 42 points to their name.

As far as the Champions Cup goes, Chiefs also occupy pole position in Pool 2, with 27 points. Saints find themselves in second spot in Pool 1, on 19 points.

Back in February, also at Sandy Park, the hosts subjected the visitors to a merciless thumping, the final whistle sounding with the scoreboard depicting 57-7. Saints could not live with Exeter that day, the latter’s forwards grinding the synergy out of the former’s pack until all hope of for Chris Boyd’s team was extinguished early on. A somewhat dramatic turnaround transpired, however, in the recent return clash at (Round 18) Franklin’s Gardens.


If Chiefs were expecting another easy run of it, they were sorely mistaken. While their confidence (and, possibly, complacency) would have soared as Jannes Kirsten cantered over for their second unanswered try, fire began to burn in the bellies of the Saints.

As the half-hour mark approached, Saints lock David Ribbans crashed over under the posts to reduce the deficit to 7. Saints were suddenly alive and expressed themselves vibrantly on attack; as scrumhalf Henry Taylor sprinted in for the hosts’ second try, the game was anybody’s.

Looking almost in a state of bewilderment, Chiefs back-pedalled as Saints ate up their territory in a move which saw Ribbans plant the ball over the try-line once more and, in so doing, snatch the lead for his team.

However, with ten minutes left to play, Chiefs showed why they are where they are this season; after hard work by their forwards, the elusive Tom O’Flaherty snuck over in the corner to deny Saints a valuable victory.

While Exeter have registered only one loss since the hiatus, they have squeaked through with a couple of three-point victories. They also shoulder a significant burden of juggling two concurrent tournaments which are theirs for the taking. In short, the pressure is on.

Saints, on the other hand, with not many expectations as far as the Premiership is concerned, have everything to play for in this Champions Cup quarter-final, and while they will not enjoy home-ground advantage on the weekend, the belief they may draw on from their last result with this opposition should nourish enough confidence to render them competitive.

While play-offs are lethargic, low-scoring affairs, let us hope that these two teams put on an exhibition of fine English rugby. 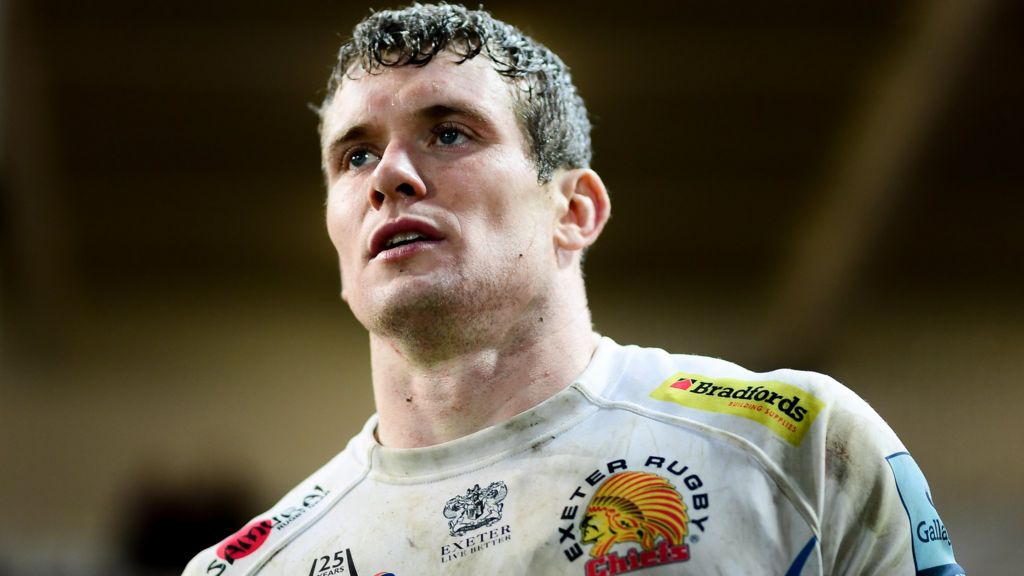 Team news for the Chiefs sees Baxter go with a full-loaded line-up, which includes Ian Whitten in the centre. The Irishman is set to feature in his 50th Champions Cup fixture and will be joined in the back division by the fit-again Tom O’Flaherty.

Lawes, who already has more than 200 Club appearances to his name, notches up another milestone in his storied career on Sunday as he brings up a half-century of Champions Cup appearances.

He lines up in the back row alongside England teammate Lewis Ludlam and Saints skipper Teimana Harrison at No.8.

David Ribbans and Api Ratuniyarawa start in the engine room, while Mikey Haywood is named at hooker and World Cup-winning All Black Owen Franks at tighthead prop.

Northampton’s injury concerns at loosehead have been well publicised this week and 19-year-old prop Manny Iyogun will make his Champions Cup debut for Saints, with Gloucester loanee Alex Seville coming straight onto the bench to provide cover for the men in Black, Green and Gold.

Dan Biggar – who averaged more points per game (13.6) than any other player to play more than once in the pool stage of the competition – starts in the No.10 jersey, with scrum-half Henry Taylor given the nod inside of him.

Scotland’s Rory Hutchinson is selected at inside centre with Fraser Dingwall completing the midfield, and Boyd opts for a back three of Ahsee Tuala, Matt Proctor and fullback George Furbank.

Amongst the replacements, Saints go with a 6-2 split with the likes of Nick Isiekwe, Shaun Adendorff, Alex Mitchell, and Taqele Naiyaravoro hoping to make an impact off the bench. 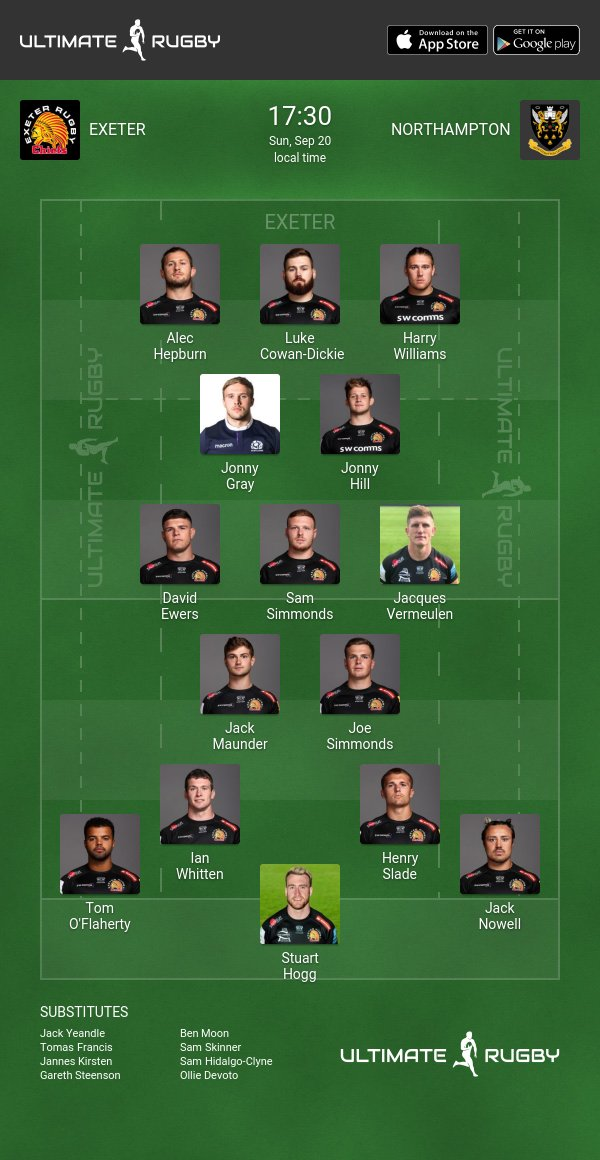 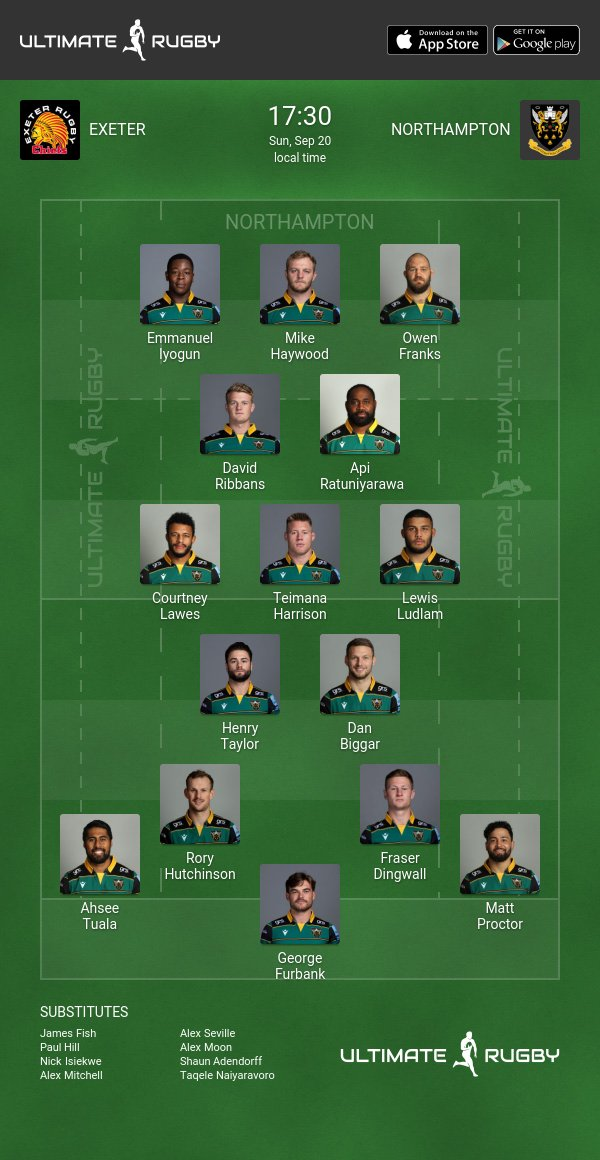