Deon Davids will lead the Southern Kings into unchartered territory as the Port Elizabeth-based side prepares to get their Guinness PRO14 campaign off to a start on September 2.

Southern Kings Chief Operations Officer, Charl Crous, officially announced Davids’ appointment as head coach of the side for the next three years.

“We are pleased to have retained the services of Deon Davids as head coach for the next three years of our participation in the Guinness PRO14 Championship,” Southern Kings Chief Operation Officer, Charl Crous, announced.

Davids first took up the coaching reins at the Southern Kings in 2016 before leading the team to their best finish in 2017 in the Super Rugby competition after claiming a historic six victories.

The 49-year-old mentor has gained a reputation of having a fine eye for talent and providing a platform for players to launch their careers.

The Southern Kings head coach is looking forward to steering the ship and has already put together a competitive squad that will take part in the Guinness PRO14.

“I’m happy to be with the Southern Kings now for the next three years,” Davids said.

“We have identified a large group of players and we have communicated, through our office, to the different unions regarding the players we would like to be here. The players that have joined us already are the ones that have been released from their duties at those unions. There are some players whom we are still awaiting the response of their various unions to release them as soon as possible.”

The Southern Kings squad started to gather at the Nelson Mandela Bay Stadium this week to begin preparations for the opening match against Guinness PRO14 defending champions, the Scarlets.

Davids has stressed the importance of long-term signings for the Southern Kings in order to maintain continuity.

“Most of the guys that we have signed now we tried to get for two years so that we do not sit in the same position again – where we will have to scramble for players, and also because Super Rugby is still ongoing while we will be in our off-season preparing for the start of the next season,” the coach said.

All players are being medically screened this week as part of the contracting process. 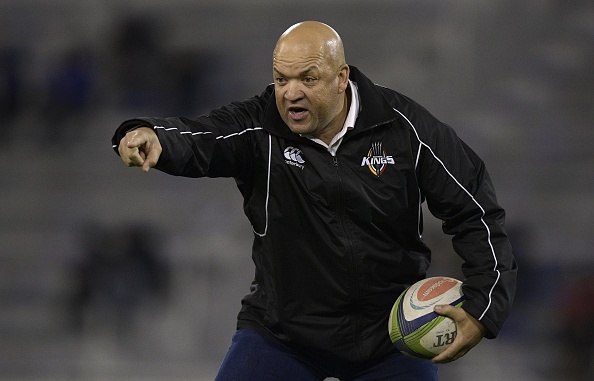