Saracens Director of Rugby Mark McCall insists there is a real excitement among the group as Saracens Men face league leaders Ealing Trailfinders on Sunday afternoon.

McCall has made just made one change his starting line-up as Jackson Wray returns to the back-row in place of Mike Rhodes in what is the only alteration from the side that defeated Doncaster Knights.

Eleven internationals start the clash with an all test front row in Mako Vunipola, Jamie George and Vincent Koch while Maro Itoje and Tim Swinson pack down in the second row. Billy Vunipola is the sixth international in the pack with Wales scrumhalf Aled Davies lines up alongside captain Owen Farrell. Sean Maitland, Nick Tompkins and Elliot Daly all feature in the back line as well.

The back-line is unchanged after showing exactly what they are capable of at Castle Park, with double try-scorer Aled Davies remaining at scrum-half alongside captain Owen Farrell at fly-half.

On the bench, Duncan Taylor returns after missing the Doncaster game and Joel Kpoku is also back to add more power to the pack when called upon. 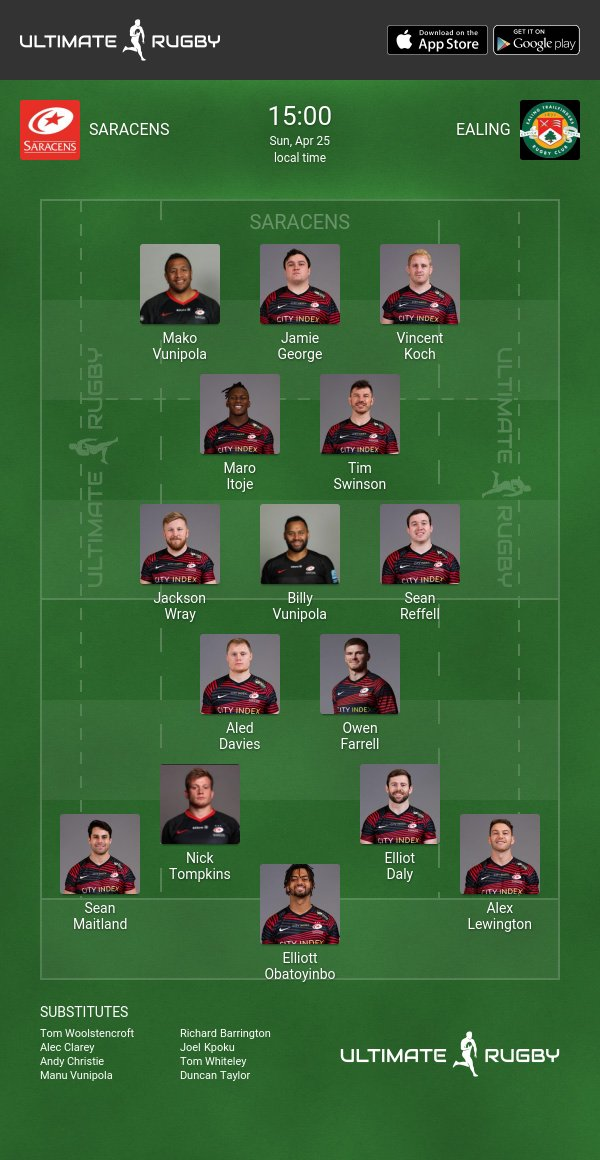 Ealing Director of Rugby Ben Ward has made five changes to the starting XV that beat Jersey Reds, 64-17, on Saturday.

Up front, Elliot Millar Mills moves into the starting tighthead spot, with Lewis Thiede dropping to the bench, and packs down alongside Shaun Malton and Kyle Whyte. James Cannon also comes into the XV and partners Simon Linsell in the second row.

An injury to Bobby de Wee again Jersey sees him miss out, although his place is taken by the fit-again Kieran Murphy, who joins Simon Uzokwe and Rayn Smid in the back row. Craig Willis has shaken off the knock he picked up against Cornish Pirates and starts alongside Craig Hampson in the half-backs, whilst James Cordy-Redden replaces the injured Dean Hammond on the wing, with Angus Kernohan and David Johnston making up the rest of the back three.

Pat Howard and Max Bodilly retain their places in an unchanged midfield. Ealing Trailfinders currently sit top of the Championship with a maximum return of 30 points from six games. 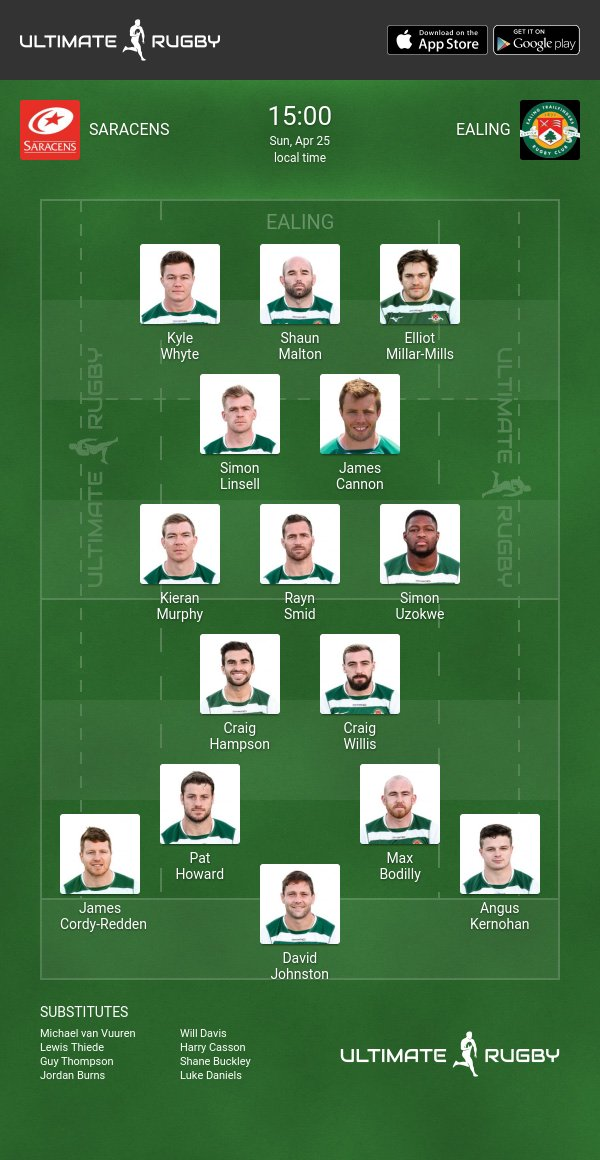