Exeter will travel to Ashton Gate with some steely determination on Friday evening when they take on Bristol in their backyard.

After a disappointing season, the Bears are out of the running as far as the play-offs go and will be playing for pride and hoping to put on a good show for their home crowd. However, Exeter are still in with a shout which should act as all the motivation they need for this encounter.


Exeter last tasted Premiership action in Round 23 when they were put away by Saracens 38-22 at StoneX Stadium:

The last time these sides met was back in Round 12, when Exeter took the honours in a 6-point ball-game:

This from Bristol boss Pat Lam:

"We get another opportunity to play in front of our fans, celebrate the guys who are leaving, and we're looking forward to it.

"It always means a lot more when you're playing games of significance. 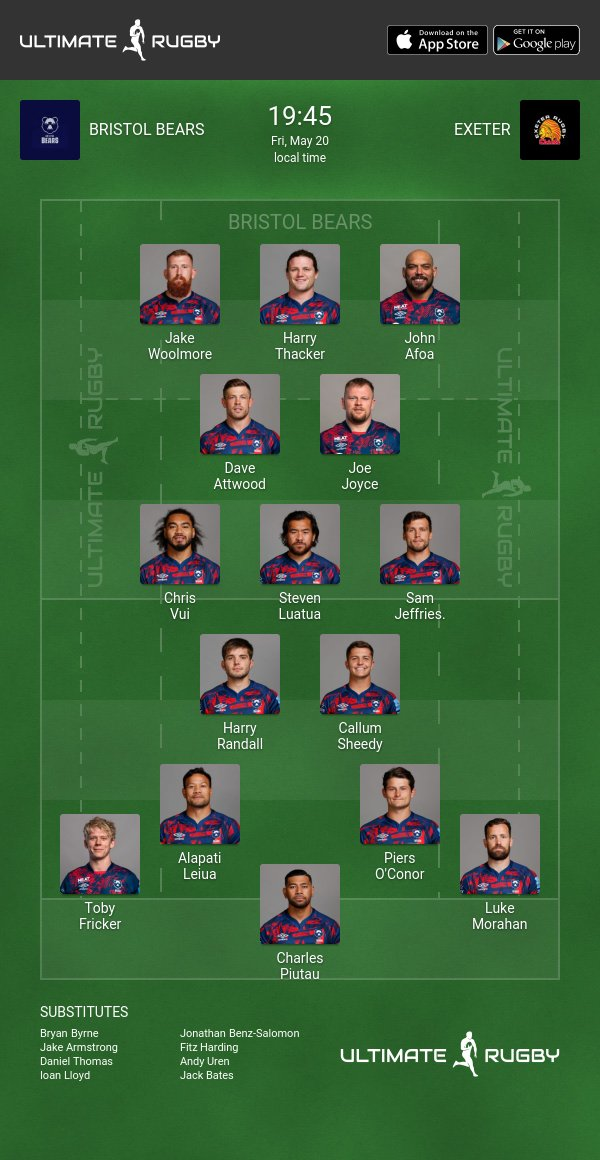 "We know that Exeter are going to come full noise and if we can get the job done and beat them it's a big effort.

"When you're not involved in Europe it's stop-start, so everyone is keen to get back on the field."

"Where we are in the table is where we've deserved to be and our frustrations are of our own making. 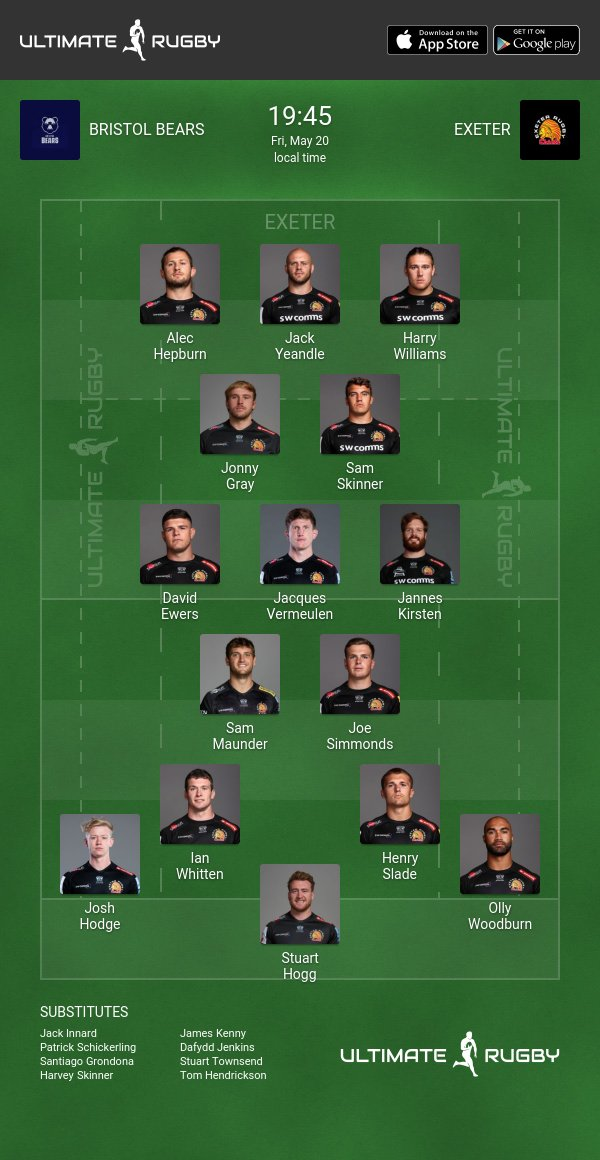 "We've still got an opportunity, potentially, to have a very successful season.

"It's not completely in our hands, if the teams have us win their games there's not a lot we can do.

"But right here and now the way I look at it is we've got the opportunity to go after two wins that could potentially finish the season well for us and even if we don't get in the top four it would at least be a positive end to the season."

The semi-finals will, in all probability, play out without the participation of either Wasps or Sale Sharks. However, an energic contest is sure to develop when these teams meet each other, regardless of the circumstances.

Wasps find themselves at ninth spot on the log going into this encounter while Sale occupy seventh.

In the previous round, a high-scoring game saw Wasps draw with the Exiles, 42-all:

Sale managed to see off Newcastle Falcons at the AJ Bell:

In the last encounter between these sides – in Round 12 – it was Sale who took the honours with a 26-18 victory:

Wasps boss Lee Blackett spoke ahead of the clash:

"For us, eight on the bounce at home and there are players that are going to play their last home game for us - the last time they'll go into the dressing room.

"There is motivation in terms of that and also what the league table is going to look like and at least making sure we qualify for Europe.

"We just need to focus on this one game. Not even within the club have we been speaking too much about the top eight - that's not something that has been mentioned to the players.

"It's all about the process, how we're going to win this game, and just focusing on that rather than what we need across two games." 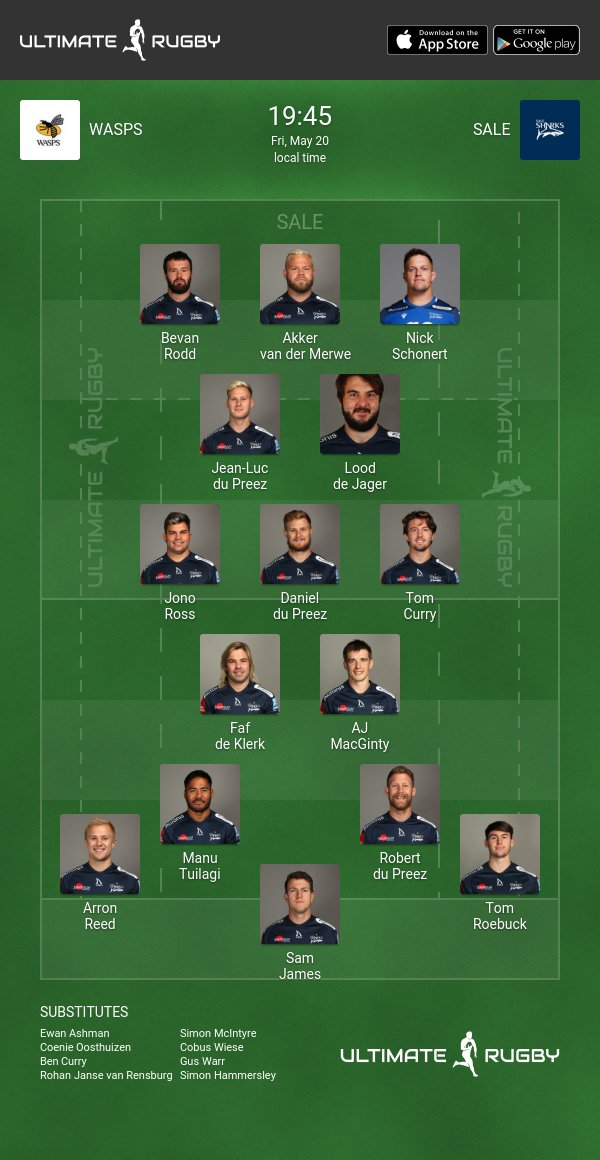 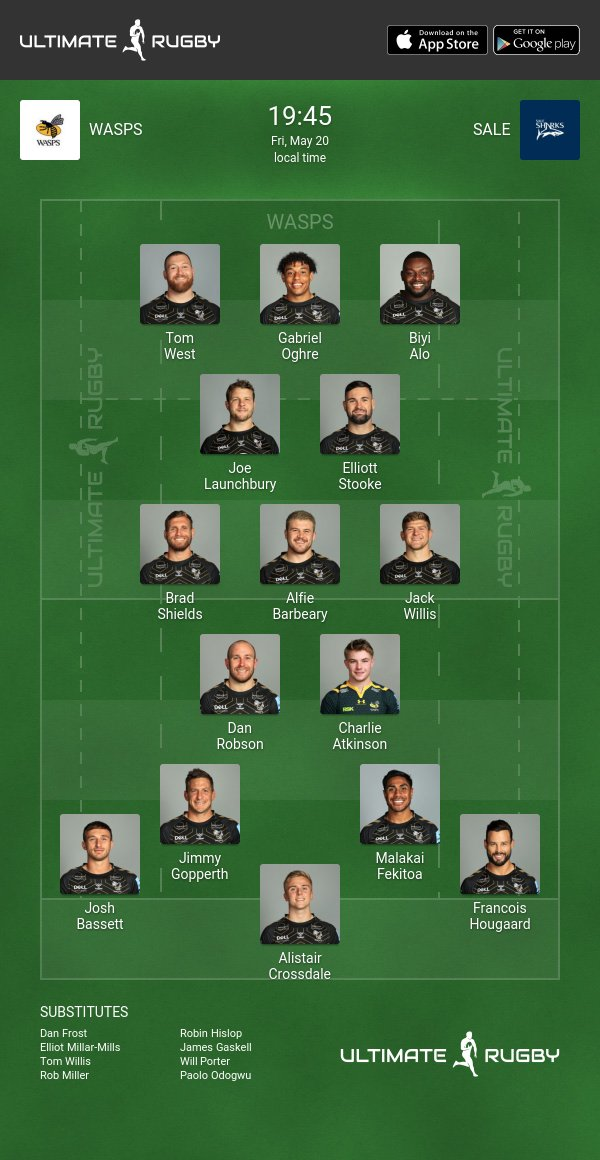