France host Australia in their opening game on 5 November at the Stade de France before fronting up against South Africa and Japan in the weeks that follow. The latter two games will take place in Toulouse and Marseille respectively.

Galthie has included eight uncapped players in his squad with 2018 World Rugby Junior Player of the Year Jordan Joseph in line for a potential test debut.

The French coach has dipped into the PROD2 once again with Oyonnax prop Thomas Laclayat called into the squad once again having toured with France in July. La Rochelle tighthead Réda Wardi is the other uncapped front rower in the squad.

Meanwhile, Paul Willemse returns having missed the July test through injury and is joined by his clubmate Florian Verhaeghe who is yet to earn his first test cap.

The likes of Antoine Dupont, Julian Marchant, Gael Fickou and Romain Ntamack are among the Six Nations Grand Slam winners who are recalled having been rested for the tour to Japan.

In the backs, Lyon flyhalf Leo Berdeu could make his debut along with clubmate Ethan Dumortier.

Melvyn Jaminet's injury means he misses out on the squad with Anthony Bouthier earning a recall.

The full France squad for the Autumn Nations Series. 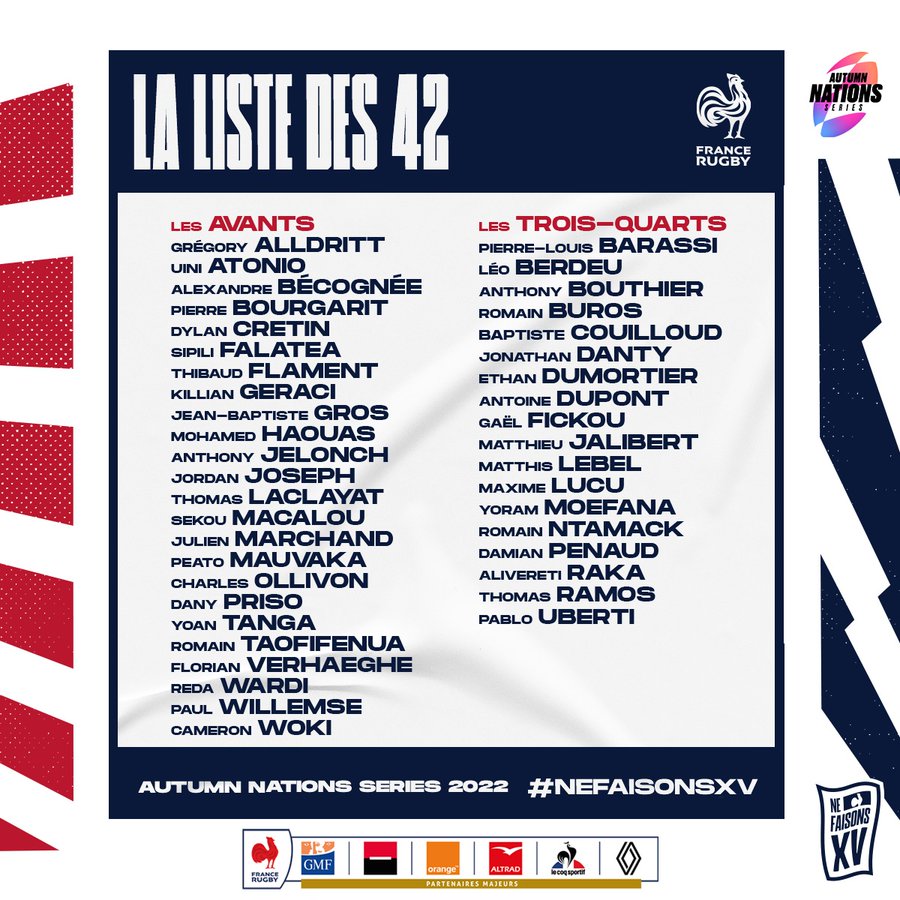