How the Springboks could line up against Georgia

Jacques Nienaber takes control of his first test match as the Springboks head coach on Friday when the World Champions take on Georgia.

Having taken over from Rassie Erasmus after the World Cup triumph, Nienaber prepares his side for the British & Irish Lions having not played a test match since the World Cup Final against England.

While the Springboks do have a large squad at their disposal it is likely that we will see a number of players miss out having only recently linked up with the squad.

We take a look at how may feature in his first matchday 23. 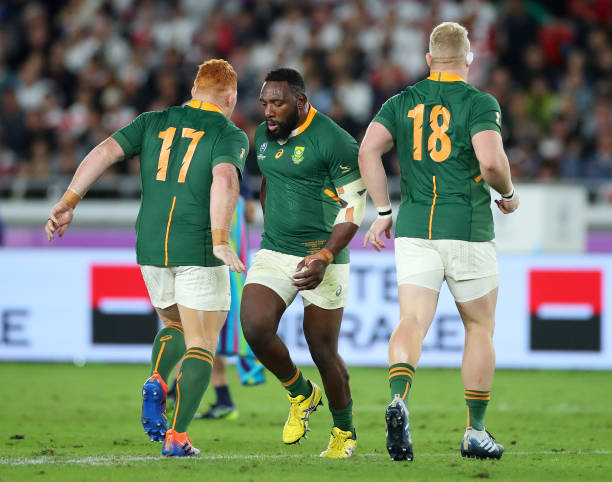 The Springbok management have repeatedly said that they will field their strongest possible side against Georgia with just two tests against the European side before the Lions Series. Bongi Mbonambi and Frans Malherbe both started the Rugby World Cup Final in 2019 and are likely to do the same against Georgia.

The one change from the front row that started the final sees Steven Kitshoff come in for the retired Tendai Mtawarira.

If Mbonambi starts, Malcolm Marx is set to take a place on the bench with fellow Rugby World Cup winner Trevor Nyakane covering tighthead and one cap Springbok Ox Nche covering the loosehead.

On the bench: Malcolm Marx, Ox Nche and Trevor Nyakane 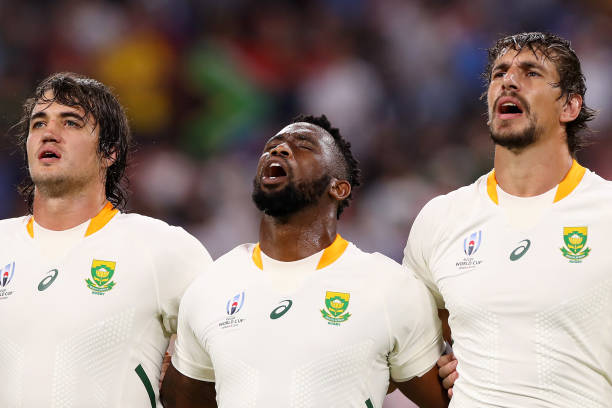 There are still questions marks around the availability of RG Snyman and Lood de Jager for the first test of the year. Franco Mostert looks set to fill in the place of Lood de Jager in the starting line up while Eben Etzebeth continues in the #4 jumper. 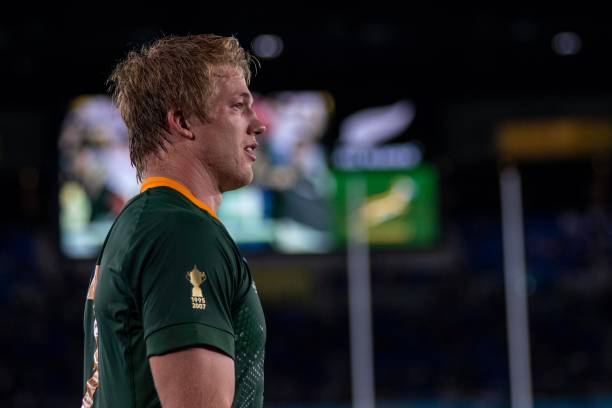 With Duane Vermuelen ruled out of the clash through injury, we are predicting that Jasper Wiese will make his test debut in the starting XV on Friday.

Kolisi will captain the side with the 2019 World Player of the Year, Pieter-Steph du Toit, at blindside.

The du Preez twins are set to miss the encounter having just linked up with the squad over the weekend but may get a look in on the bench. 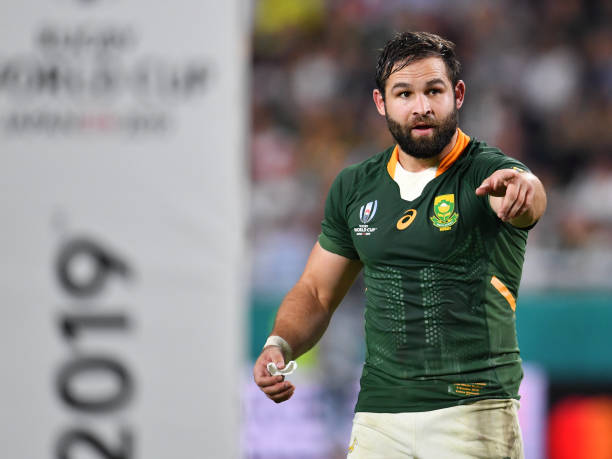 Cobus Reinach and Handre Pollard combined well for Montpellier in the latter stages of their season and while de Klerk is the favourite to claim the starting jumper against the Lions, he only linked up with the squad over the weekend and is likely to miss the opening game.

Nienaber hinted at the thought of giving the recent arrivals the weekend off in a press conference on Sunday when talking about Vincent Koch's potential involvement:

"Sbu (Nkosi) and Herschel (Jantjies) were part of our training camp in Bloemfontein and worked with us for a bit, so they were definitely in the mix for team selection," Nienaber said on Sunday.

"Vincent, on the other hand, only arrived yesterday (Saturday) into camp. It wasn't that he was not up for selection, but he hadn't worked with us for a while.

"He might have been [in contention] a week later. If they were all medically fit and fit to play, all three were up for selection.

While Jantjies may well have got a start on Friday, it now looks to be Reinach who will get the nod with a potential debut for Sanele Nohamba on the bench.
While Morne Steyn and Elton Jantjies would simply slot in for Pollard, the pivot is in need of more playing time in order to be fit and firing for the Lions Series.

Centres: Frans Steyn and Lukhanyo Am 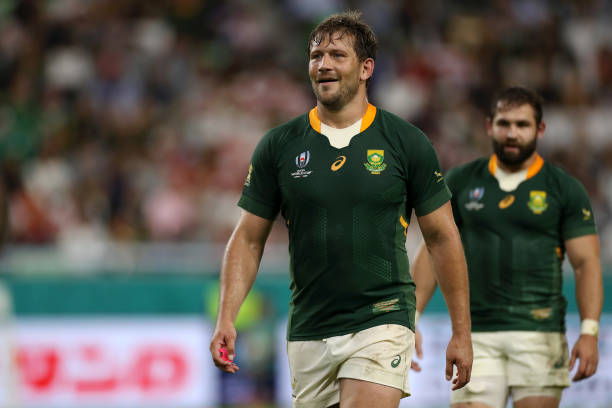 Damian de Allende is unlikely to be ready for the test on Friday meaning the DdA-Am combination will need to be broken up for the first test of 2021.

Am is more than capable of stepping into the #12 jersey if Nienaber would prefer to pair him with Jesse Kriel or the uncapped Wandisile Simelane but the inclusion of Frans Steyn seems a more likely option. 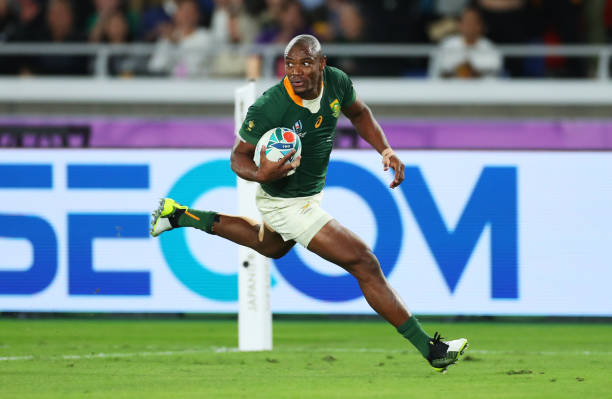 Cheslin Kolbe is likely to miss the game against Georgia having only left for South Africa on Monday after guiding Toulouse to a European double. This leaves the Bok coach with a hole to fill on his right-wing.

Sbu Nkosi was set to feature against the Georgians but after testing positive for COVID-19, he has been ruled out. This opens the door for the likes of Aphelele Fassi, Yaw Penxe, Rosko Specman and even Wandisile Simelane to make their debuts.

We have predicted that Nienabar will back Specman ahead of the multiple options Nienaber has in his squad. Specman has exceptional footwork and pace much like Kolbe.

Willie Le Roux looks set to continue at fullback despite the pressure from the likes of Damian Willemse and Aphelele Fassi. 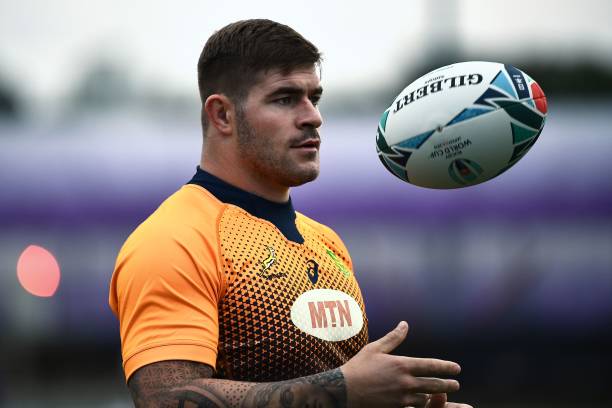 One of the biggest changes we may see from the Boks in the opening games of the year is the side reverting back to a 5-3 split on the bench with RG Snyman and Lood de Jager still unavailable.

Nicolaas Janse van Rensburg could make his debut via the bench with Marvin Orie the only other likely option in the second row. As mentioned above the Sale Sharks players are likely to miss the opening test.

The shift to a 5-3 split works in Kwagga Smith's favour as he could cover the back row with Marco van Staden another likely addition to the squad.